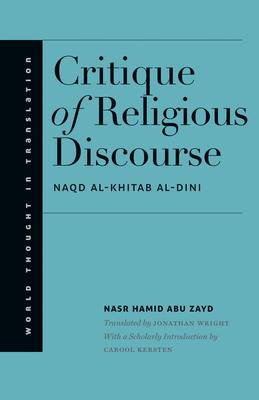 First published in Arabic in 1994, progressive Muslim scholar Nasr Hamid Abu Zayd’s controversial essay argued that conventional fundamentalist interpretations of the Quran and other Islamic religious texts are ahistorical and misleading. Conservative religious leaders accused him of apostasy. Marking the first time a work by Abu Zayd is available in its entirety in any Western language, this English edition makes his erudite interpretation of classical Islamic thought accessible to a wider audience at a critical historical moment.
After his exile, Nasr Hamid Abu Zayd (1943–2010) became the Ibn Rushd Chair of Humanism and Islam at the University for Humanistics, Utrecht. Jonathan Wright is an award-winning translator. Carool Kersten is a scholar of Islam at King’s College London.
"This translation is most pleasant to read, and the introduction does a good job contextualizing it in terms of the biography and intellectual career of Abu Zayd.”—Elizabeth Suzanne Kassab, author of Contemporary Arab Thought: Cultural Critique in Comparative Perspective
— Elizabeth Suzanne Kassab

"This is an accomplished and highly readable translation of Nasr Hamid Abu Zayd's work which will help unlock the thought of this important Muslim intellectual for English readers."—Sophia Vasalou, University of Birmingham