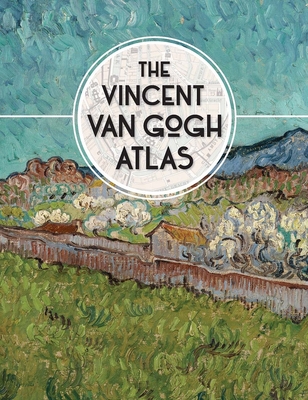 
Special Order—Subject to Availability
A fascinating guide to Van Gogh's itinerant life, with vibrant images and stories about the many places where he lived and worked

This exciting publication familiarizes readers of all ages with the many fascinating facets of Vincent van Gogh (1853--1890)—artist, correspondent, traveler, and modern explorer of Europe’s cities and countryside. Thanks to Van Gogh's wanderlust and the rapid expansion of the railway system in Europe in the late 19th century, Van Gogh covered thousands of miles in his lifetime. He lived and worked in more than twenty locations: from the peaceful countryside of the Netherlands and the south of France to the hustle and bustle of big cities such as London and Paris. Authors Nienke Denekamp and René van Blerk trace the artist’s route across Europe “from Z to A,” beginning in his birthplace of Zundert in the southern Netherlands and ending where he died, in Auvers-sur-Oise near Paris. Each location is described with lively and accessible texts, comprehensive timelines, city and country maps, contemporary photographs, and related artworks by Van Gogh.

Featuring an eye-catching design, captivating excerpts from Van Gogh’s vast body of letters, and hundreds of color images, The Vincent van Gogh Atlas offers a truly unique version of the enduringly compelling story of Van Gogh and instills an appreciation of the many journeys—literal and figurative—that the artist made throughout his life.
Nienke Denekamp is a freelance writer and editor. René van Blerk is senior curator of education at the Van Gogh Museum, Amsterdam. Teio Meedendorp is a researcher at the Van Gogh Museum, Amsterdam.