Black Banners of ISIS: The Roots of the New Caliphate (Hardcover) 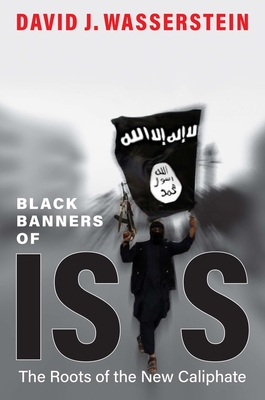 Black Banners of ISIS: The Roots of the New Caliphate (Hardcover)


Special Order—Subject to Availability
A medieval Islam historian’s incisive portrait of ISIS, revealing the group’s deep ideological and intellectual roots in the earliest days of Islam

With tremendous speed, the Islamic State has moved from the margins to the center of life in the Middle East. Despite recent setbacks, its ability to conquer and retain huge swaths of territory has demonstrated its skillful tactical maneuvering, ambition, and staying power. Yet we still know too little about ISIS, particularly about its deeper ideology.

In this eye-opening book, David J. Wasserstein offers a penetrating analysis of the movement, looking closely at the thousand-year-old form of Islamic apocalyptic messianism the group draws upon today. He shows how ISIS is not only a military and political movement but also, and primarily, a religious one with a coherent worldview, a patent strategy, and a clear goal: the re-creation of a medieval caliphate. Connecting the group’s day-to-day activities and the writings and sayings of its leaders with the medieval Islamic past, Wasserstein provides an insightful and unprecedented perspective on the origins and aspirations of the Islamic State.
David J. Wasserstein is professor of history and Jewish Studies at Vanderbilt University. He has written widely on Islamic and Jewish history. His books include The Rise and Fall of the Party-Kings: Politics and Society in Islamic Spain;The Caliphate in the West; and (as co-author) The Legend of the Septuagint from Classical Antiquity to Today.
“An in-depth analysis of ISIS’s actions and ideals”—Publishers Weekly

"Black Banners of Isis is an exceptionally important and apt work of great scholarship and erudition. David Wasserstein brings to life the fascinating story of Islamic messianic movements and their continuing significance into modern times. This book will become the standard work on the subject. A must read."—Ali Allawi, author of The Crisis of Islamic Civilisation

"In this excellent, necessary book, a distinguished medievalist and an expert in Classical Islam brilliantly analyzes IS, shining light on the ideology that drives the movement."—Mercedes Garcia-Arenal, Spanish Council for Scientific Research

“David Wasserstein, an expert on medieval Islam, has produced one of the most authoritative accounts of ISIS's meteoric rise and ideological foundations. Black Banners of ISIS is required reading for anyone wishing to understand the group's theological underpinnings and unrestrained violence.”—Bruce Hoffman, Georgetown University, author of Inside Terrorism