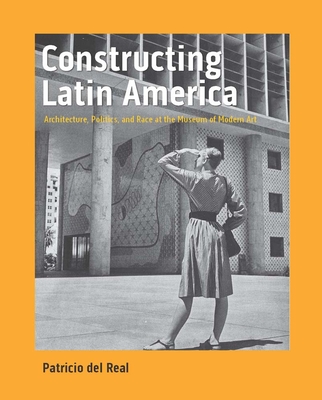 
On Our Shelves Now at:
A nuanced look at how the Museum of Modern Art’s carefully curated treatment of Latin American architecture promoted U.S. political, economic, and cultural interests

In the interwar period and immediately following World War II, the U.S. government promoted the vision of a modern, progressive, and democratic Latin America and worked to cast the region as a partner in the fight against fascism and communism. This effort was bolstered by the work and products of many institutions, including the Museum of Modern Art, New York. Using modern architecture to imagine a Latin America under postwar U.S. leadership, MoMA presented blockbuster shows, including Brazil Builds (1943) and Latin American Architecture since 1945 (1955), that deployed racially coded aesthetics and emphasized the confluence of “Americanness” and “modernity” in a globalizing world. Delving into the heated debates of the period and presenting never-before-published internal documents and photos from the museum and the Nelson A. Rockefeller archives, Patricio del Real is the first to fully address MoMA’s role in U.S. cultural imperialism and its consequences through its exhibitions on Latin American art and architecture.
Patricio del Real is associate professor of history of art and architecture at Harvard University.
“In this thorough and thoughtful study, Patricio del Real weaves a careful balance between formal elements of architecture, its exhibitions, and its various cultural, social, and political meanings.”—Alejandro Anreus, William Paterson University

“This is an impressive book: thoroughly researched, well-conceived and organized. It makes an important contribution to the literature on 20th-century architecture, particularly as it emerged and played out in the Americas.”—Keith Eggener, University of Oregon