Rodin in the United States: Confronting the Modern (Hardcover) 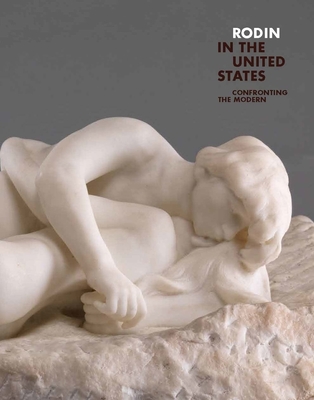 Rodin in the United States: Confronting the Modern (Hardcover)


On Our Shelves Now at:
A compelling examination of French sculptor Auguste Rodin from the perspective of his enthusiastic American audience

This exhibition catalogue explores the American reception of French artist Auguste Rodin (1840–1917), from 1893, when his first work entered a US museum, to the present. Its trajectory reaches from the collecting frenzy of the early twentieth century—promoted by philanthropist Katherine Seney Simpson and performer Loïe Fuller—to important museum acquisitions of the 1920s and 1930s. From there, it traverses the 1950s, when Rodin’s reputation flagged, through to the artist’s revival and recognition in the 1980s. Rodin’s promoters include a dynamic cast of characters, each of whom played a crucial role in cementing his status. The book traces this story through approximately 50 sculptures and 20 drawings that cover Rodin’s most iconic subjects and themes. They demonstrate his dexterity across media—his virtuosity in plaster, terracotta, bronze, and marble—as well as his expressive, colorful drawings, some of them relatively unknown, sparking new appreciation for his work and delight for readers.

Distributed for the Clark Art Institute

Antoinette Le Normand-Romain, honorary general curator of heritage, directed the National Institute of Art History (INHA) in Paris from 2006 to 2016.