How Christianity Changed the World (Paperback) 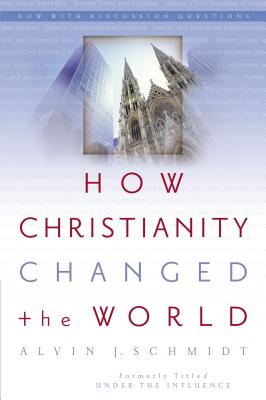 How Christianity Changed the World (Paperback)

Western civilization is becoming increasingly pluralistic, secularized, and biblically illiterate. Many people today have little sense of how their lives have benefited from Christianity's influence, often viewing the church with hostility or resentment. How Christianity Changed the World is a topically arranged Christian history for Christians and non-Christians. Grounded in solid research and written in a popular style, this book is both a helpful apologetic tool in talking with unbelievers and a source of evidence for why Christianity deserves credit for many of the humane, social, scientific, and cultural advances in the Western world in the last two thousand years. Photographs, timelines, and charts enhance each chapter. This edition features questions for reflection and discussion for each chapter.

Alvin J. Schmidt (PhD, University of Nebraska) retired in 1999 as professor of sociology at Illinois College in Jacksonville, Illinois, where he still lives. He is the author of several books, including The Great Divide: The Failure of Islam and the Triumph of the West, and served as a consulting editor for Dictionary of Cults, Sects, Religions and the Occult.