Time Was Soft There: A Paris Sojourn at Shakespeare & Co. (Paperback) 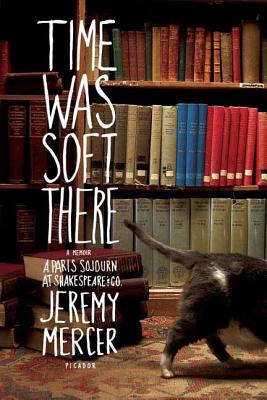 Time Was Soft There: A Paris Sojourn at Shakespeare & Co. (Paperback)


Not On Our Shelves—Ships in 1-5 Days
Wandering through Paris's Left Bank one day, poor and unemployed, Canadian reporter Jeremy Mercer ducked into a little bookstore called Shakespeare & Co. Mercer bought a book, and the staff invited him up for tea. Within weeks, he was living above the store, working for the proprietor, George Whitman, patron saint of the city's down-and-out writers, and immersing himself in the love affairs and low-down watering holes of the shop's makeshift staff. Time Was Soft There is the story of a journey down a literary rabbit hole in the shadow of Notre Dame, to a place where a hidden bohemia still thrives.
Jeremy Mercer is the author of Time Was Soft There and crime books, and he is a former writer for the Ottawa Citizen. He lives in Marseille, France.

“Jeremy Mercer's tale of George Whitman and his beloved bookstore is a book of revelations, for it tells the hard-to-discover true story of George's life and of the twenty-thousand-and-one nights of this enchanted place that continues to be, for its habitées as well as for its creator, a way of life.” —Lawrence Ferlinghetti, cofounder and owner, City Lights Bookstore

“The memoir is much more than an entertaining romp through Parisian literary bohemia at the turn of the millennium. Time Was Soft There will likely be the last firsthand account of an aging legend.” —Newsweek

“The milieu he evokes, while a long way from that of the Lost Generation, has its own charm.” —The Wall Street Journal

“The memoir ably captures a romanticized version of the bum's life.” —The New Yorker

“Mercer is a fine writer with a keen and jaundiced eye.” —Chicago Tribune