An Experiment in Love: A Novel (Paperback) 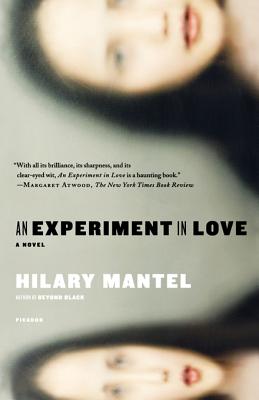 An Experiment in Love: A Novel (Paperback)

It was the year after Chappaquiddick, and all spring Carmel McBain had watery dreams about the disaster. Now she, Karina, and Julianne were escaping the dreary English countryside for a London University hall of residence. Interspersing accounts of her current position as a university student with recollections of her childhood and an ever difficult relationship with her longtime schoolmate Karina, Carmel reflects on a generation of girls desiring the power of men, but fearful of abandoning what is expected and proper. When these bright but confused young women land in late 1960s London, they are confronted with a slew of new preoccupations--sex, politics, food, and fertility--and a pointless grotesque tragedy of their own.

Hilary Mantel's magnificent novel examines the pressures on women during the early days of contemporary feminism to excel--but not be too successful--in England's complex hierarchy of class and status.

Hilary Mantel twice won the Booker Prize, for her best-selling novel Wolf Hall and its sequel, Bring Up the Bodies. The final novel of the Wolf Hall trilogy, The Mirror & the Light, debuted at #1 on the New York Times bestseller list and won critical acclaim around the globe. Mantel authored over a dozen books, including A Place of Greater Safety, Beyond Black, and the memoir Giving Up the Ghost.

“With all its brilliance, its sharpness, and its clear-eyed wit, An Experiment in Love is a haunting book.” —Margaret Atwood, The New York Times Book Review

“Mantel has several points in common with Graham Greene: she can make your flesh creep with horror and especially with the apprehension of it.” —New York Review of Books