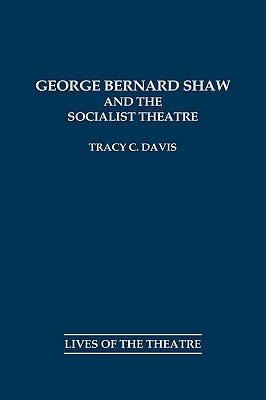 A biographically based study of George Bernard Shaw and his milieu, this book offers a non-laudatory reading of Shaw's economic practices and theories, augments feminist and postcolonial critiques that preoccupy the study of literary history in the 1990s, and provides a long overdue revisionist reading of Shaw for an undergraduate readership. It traces the theatrical and political influences on Shaw from his earliest days in London; tracks his interest in socialism as an activist and author of tracts, novels, and plays emphasizing certain polemical traits; and follows his career as a major literary figure into the mid-20th century. The overarching themes of theatre and politics are narrated in relation to attempts by Shaw and his contemporaries to identify an audience and aesthetic for socialist theatre. The bibliographic essay that concludes the book is particularly helpful for student readers, who can benefit from a manageably-sized orientation to the mountain of Shavian scholarship.

TRACY C. DAVIS is Associate Professor of Theatre and English at Northwestern University. She has contributed to numerous books and anthologies, and is the author of Actresses as Working Women: Their Social Identity in Victorian Culture (1991).