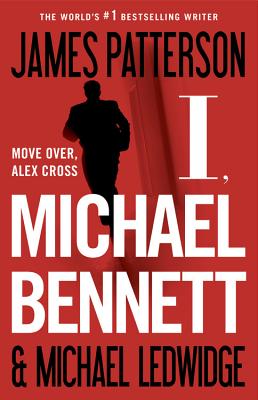 This is book number 5 in the Michael Bennett series.

Police officers shot Detective Michael Bennett arrests an infamous Mexican crime lord in a deadly chase that leaves Bennett's lifelong friend Hughie McDonough dead. From jail, the prisoner vows to rain epic violence down upon New York City-and to get revenge on Michael Bennett.Judges murdered To escape the chaos, Bennett takes his ten kids and their beautiful nanny, Mary Catherine, on a much-needed vacation to his family's cabin near Newburgh, New York. But instead of the calm and happy town he remembers from growing up, they step into a nightmare worse than they could have ever imagined. Newburgh is an inferno of warring gangs, and there's little the police-or Bennett-can do to keep the children safe.Target: Michael Bennett As violence overwhelms the state, Bennett is torn between protecting his hometown and saving New York City. A partner in his investigations, federal prosecutor Tara McLellan, brings him new weapons for the battle-and an attraction that endangers his relationship with Mary Catherine. A no-holds-barred, pedal-to-the-floor, action-packed novel, I, Michael Bennett is James Patterson at his most personal and most thrilling best.
James Patterson has had more New York Times bestsellers than any other writer, ever, according to Guinness World Records. Since his first novel won the Edgar Award in 1977 James Patterson's books have sold more than 300 million copies. He is the author of the Alex Cross novels, the most popular detective series of the past twenty-five years, including Kiss the Girls and Along Came a Spider. He writes full-time and lives in Florida with his family.