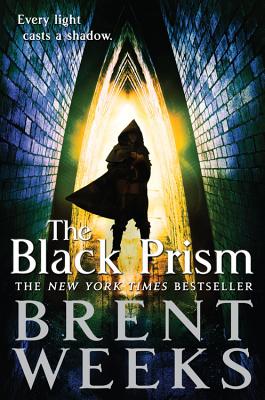 This is book number 1 in the Lightbringer series.

In a world where magic is tightly controlled, the most powerful man in history must choose between his kingdom and his son in the first book in the epic NYT bestselling Lightbringer series.

Guile is the Prism. He is high priest and emperor, a man whose power, wit, and charm are all that preserves a tenuous peace. Yet Prisms never last, and Guile knows exactly how long he has left to live.

When Guile discovers he has a son, born in a far kingdom after the war that put him in power, he must decide how much he's willing to pay to protect a secret that could tear his world apart.
If you loved the action and adventure of the Night Angel trilogy, you will devour this incredible epic fantasy series by Brent Weeks.
Brent Weeks was born and raised in Montana. He wrote on bar napkins and lesson plans before landing his dream job years and thousands of pages later. Brent lives in Oregon with his wife, Kristi, and their daughters. Find out more about the author at www.brentweeks.com or on Twitter @brentweeks.
"Brent Weeks is so good it's starting to tick me off."—Peter V. Brett, New York Times bestselling author of The Desert Spear

"Weeks has written an epic fantasy unlike any of its contemporaries. It is a truly visionary and original work, and has set the bar high for others in its subgenre." ---graspingforthewind.com