The Lady of the Lake (The Witcher #7) (Paperback) 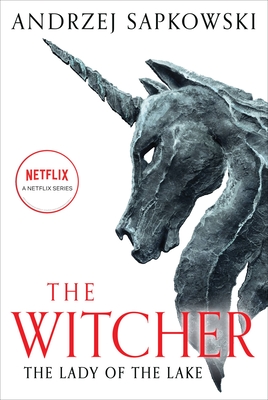 The Lady of the Lake (The Witcher #7) (Paperback)

This is book number 7 in the The Witcher series.

Trapped in a world ruled by the Elves, separated from Geralt and her destiny, Ciri will need all her training as a fighter and sorceress to survive in the fifth novel of the Witcher, Andrzej Sapkowski’s groundbreaking epic fantasy series that inspired the hit Netflix show and the blockbuster video games.

After walking through the portal in the Tower of Swallows and narrowly escaping death, Ciri finds herself in a completely different world. . . an Elven world. Time does not seem to exist and there are no obvious borders or portals to cross back into her home world. She is trapped.

But this is the child of prophecy, and she will not be defeated. She knows she must escape to finally rejoin the Witcher and his companions—and also to conquer her worst nightmare. Leo Bonhart, the man who chased, wounded, and tortured Ciri, is still on her trail. And the world is still at war.

Hussite Trilogy
The Tower of Fools
Warriors of God

Translated from original Polish by David French
Andrzej Sapkowski is the author of the Witcher series and the Hussite Trilogy. He was born in 1948 in Poland and studied economics and business, but the success of his fantasy cycle about Geralt of Rivia turned him into an international bestselling writer. Geralt’s story has inspired the hit Netflix show and multiple video games, has been translated into thirty-seven languages, and has sold millions of copies worldwide.
"This is a series you can sink your teeth into."—BuzzFeed News

"Like Mieville and Gaiman, [Sapkowski] takes the old and makes it new ... fresh take on genre fantasy."—Foundation