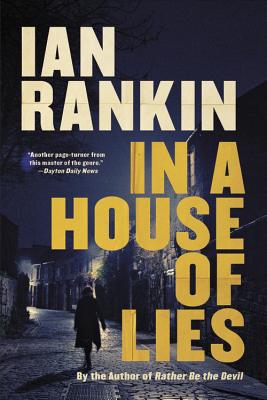 This is book number 22 in the A Rebus Novel series.

A cold case involving a missing private investigator threatens to unearth skeletons from Rebus's past in this "must-read" mystery (Tana French).

Former Detective John Rebus' retirement is disrupted once again when skeletal remains are identified as a private investigator who went missing over a decade earlier. The remains, found in a rusted car in the East Lothian woods, not far from Edinburgh, quickly turn into a cold case murder investigation. Rebus' old friend, Siobhan Clarke is assigned to the case, but neither of them could have predicted what buried secrets the investigation will uncover.

Rebus remembers the original case -- a shady land deal -- all too well. After the investigation stalled, the family of the missing man complained that there was a police cover-up. As Clarke and her team investigate the cold case murder, she soon learns a different side of her mentor, a side he would prefer to keep in the past.

A gripping story of corruption and consequences, this new novel demonstrates that Rankin and Rebus are still at the top of their game.
Ian Rankin is a #1 international bestselling author. Winner of an Edgar Award and the recipient of a Gold Dagger for fiction and the Chandler-Fulbright Award, he lives in Edinburgh, Scotland, with his wife and their two sons.
"There's no one like Ian Rankin for bringing us right into the world of detectives. For anyone who's fascinated by the inner workings of that world, and all its tricky, brutal, expert ruthlessness, In A House of Lies is a must-read."—Tana French

"Loved In A House Of Lies. How does Rebus keep on getting better and better? Ian Rankin is a genius."—Lee Child

"Rankin remains the most consistent practitioner of finely crafted, richly detailed, literary crime novels being produced today. He's always been at the top of his game, and this latest is no exception."—Linwood Barclay

"In A House of Lies shows how investigations of historic crimes are currently shaping our world and who the casualties are. Thrillingly told, with the best cast in contemporary crime, Rankin is one of the most significant social commentators of our time. Just read the book. It says it better than I can."—Denise Mina

"Definitely not to be missed. Ian's at the top of his form here, and no reader will go away disappointed."—Peter Robinson

"In A House of Lies is Ian Rankin's Latest and Greatest. It is stunning. I didn't sleep for three nights reading it."—Jilly Cooper

"This is absolutely wonderful. Clever, gripping, a fabulous read."—Kate Mosse