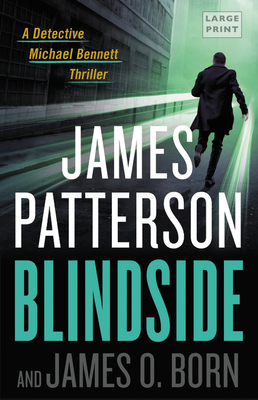 This is book number 12 in the A Michael Bennett Thriller series.

When New York City's Mayor is desperate to find his missing daughter, Detective Michael Bennett steps in to help the Mayor and strike a deal to save his son in prison.

Bennett and the mayor have always had a tense relationship, but now the mayor sees in Bennett a discreet investigator with family worries of his own. Just one father helping another.

The detective leaps into the case and sources lead him to a homicide in the Bronx. The victim has ties to a sophisticated hacking operation—and also to the mayor's missing daughter, Natalie, a twenty-one-year-old computer prodigy. The murder is part of a serial killing spree, one with national security implications. And suddenly Bennett is at the center of a dangerous triangle anchored by NYPD, FBI, and a transnational criminal organization.

Michael Bennett has always been an honorable man, but sometimes—when the lives of innocents are at stake—honor has to take a back seat. Survival comes first.
James Patterson is the world's bestselling author. The creator of Alex Cross, he has produced more enduring fictional heroes than any other novelist alive. He lives in Florida with his family.

James O. Born is an award-winning crime and science-fiction novelist as well as a career law-enforcement agent. A native Floridian, he still lives in the Sunshine State.