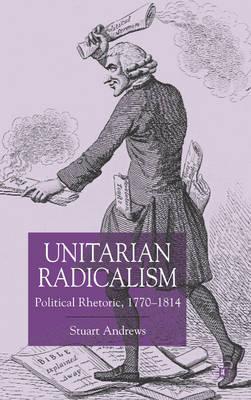 
Not On Our Shelves—Ships in 1-5 Days
(This book cannot be returned.)
The Unitarian confrontation with the late eighteenth century political establishment is reflected in published sermons, pamphlets and parliamentary debates. Price and Priestley were notorious members of a well educated, close knit and highly articulate intellectual opposition, all the more formidable for dominating the major literary reviews. Focusing on many lesser known dissenting polemicists, this study uncovers unexpected continuities in Unitarian critiques of government policies an questions whether Burke was justified in equating antitrinitarians with French republicans.
Stuart Andrews is the author of five books including "The British Periodical Press" and" The French Revolution."