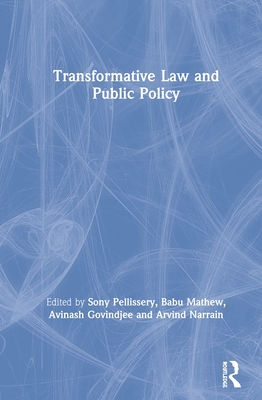 This book explores the convergence of law and public policy. Drawing on case studies from Asia, Europe, the Middle East and Australia, it examines how judicial and political institutions are closely linked to the socio-economic concerns of the citizens. The essays argue for the utilization of both legislative and executive, private and public spheres of society as vehicles for transformative social change and to safeguard against violations of socio-economic rights.

The volume will be of great interest to both public and private stakeholders, as well as professionals, including NGOs and think tanks, working in the areas of law, government, and public policy. It will also be immensely useful to academics and researchers of constitutionalism, policymaking and policy integration, social justice and minority rights.