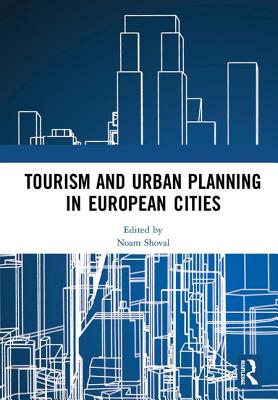 Ambitious projects to modernize European capital cities emerged in the second half of the nineteenth century. The need for urban planning and urban expansion in European cities resulted from industrialization, modernization and economic development that created huge waves of immigration from rural areas into cities. These social and economic changes also laid the infrastructure for the mass tourism that would follow later.

This comprehensive collection investigates the interrelationship between urban planning and tourism consumption in European cities, and its evolvement and transition over time. The authors focus on different cases of urban planning and tourism consumption in a range of European cities - Berlin, Paris, Vienna, Barcelona, Lisbon, Prague, Budapest and Skopje. In addition to being political and cultural capitals, these cities are also places where ordinary people live and work. This book addresses questions and concerns regarding the social and economic carrying capacity of these capital cities due to the growing intensity and volume of tourism.

This book will be of interest to students, researchers and professionals in the fields of urban planning and tourism geography. It was originally published as a special issue of the journal Tourism Geographies.

Noam Shoval is Professor in the Department of Geography and Provost of the Rothberg International School at The Hebrew University of Jerusalem, Israel. His main research interests are urban geography and planning, urban tourism, and the implementation of advanced tracking technologies in tourism, urban studies and medicine.