An Introduction to Human-Animal Relationships: A Psychological Perspective (Paperback) 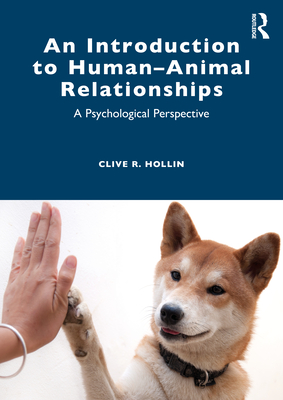 An Introduction to Human-Animal Relationships: A Psychological Perspective (Paperback)

An Introduction to Human-Animal Relationships is a comprehensive introduction to the field of human-animal interaction from a psychological perspective across a wide range of themes.

Hollin examines the topic of the relationships between humans and animals as seen in owning a companion animal alongside more indirect relationships such as our approaches to eating meat. The core issues under discussion include the moral and ethical issues raised in using animals for entertainment, in therapy, to keep us safe, and in sports such as horse racing. The justifications for hunting and killing animals as sport and using animals in scientific experimentation are considered. The closing chapter looks to the future and considers how conservation and climate change may influence human-animal relationships.

This key text brings an important perspective to the field of human-animal studies and will be useful to students and scholars in the fields of psychology, sociology, animal welfare, anthrozoology, veterinary science, and zoology.

Clive R. Hollin is Emeritus Professor at the University of Leicester, UK. He has published 25 books, mainly on the topic of criminological psychology. This book is the first in a foray into other areas of psychology.