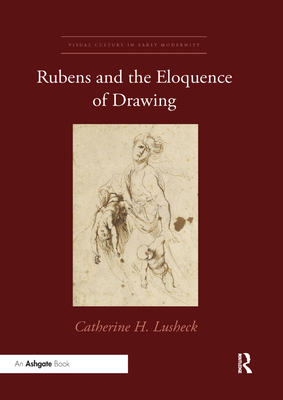 Rubens and the Eloquence of Drawing re-examines the early graphic practice of the preeminent northern Baroque painter Peter Paul Rubens (Flemish, 1577-1640) in light of early modern traditions of eloquence, particularly as promoted in the late sixteenth- and early seventeenth-century Flemish, Neostoic circles of philologist, Justus Lipsius (1547-1606). Focusing on the roles that rhetorical and pedagogical considerations played in the artist's approach to disegno during and following his formative Roman period (1600-08), this volume highlights Rubens's high ambitions for the intimate medium of drawing as a primary site for generating meaningful and original ideas for his larger artistic enterprise. As in the Lipsian realm of writing personal letters - the humanist activity then described as a cognate activity to the practice of drawing - a Senecan approach to eclecticism, a commitment to emulation, and an Aristotelian concern for joining form to content all played important roles.

Two chapter-long studies of individual drawings serve to demonstrate the relevance of these interdisciplinary rhetorical concerns to Rubens's early practice of drawing. Focusing on Rubens's Medea Fleeing with Her Dead Children (Los Angeles, Getty Museum), and Kneeling Man (Rotterdam, Museum Boijmans Van Beuningen), these close-looking case studies demonstrate Rubens's commitments to creating new models of eloquent drawing and to highlighting his own status as an inimitable maker. Demonstrating the force and quality of Rubens's intellect in the medium then most associated with the closest ideas of the artist, such designs were arguably created as more robust pedagogical and preparatory models that could help strengthen art itself for a new and often troubled age.

Catherine Lusheck (PhD, UC Berkeley), is Associate Professor of Art History at the University of San Francisco. Her research interests include Rubens drawings, and early modern humanism, style, and visual rhetoric. Her publications include Content in Form: Rubens's Kneeling Man and the Graphic Reformation of the Ideal, Robust Male Nude, Jaarboek Koninklijk Museum voor Schone Kunsten Antwerpen (2000), and a forthcoming essay, Leonardo's Brambles and their Afterlife in Rubens's Studies of Nature.