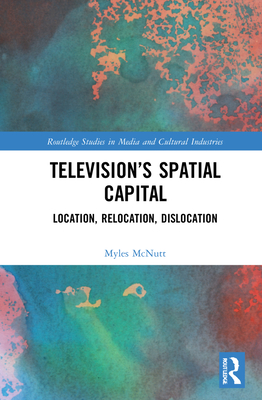 This book launches a comprehensive detailing of the dramatic expansion of the geography of television production into new cities, states, provinces, and countries, and how those responsible for shaping the "landscape" of television have been forced to adapt, taking established strategies for engaging with space and place through mediated representation and renegotiating them to account for the new map of television production.

Modeling media studies research that considers the intersection of production, textuality, distribution, and reception, Myles McNutt identifies how the expansion of where television is produced has intersected with the kinds of places represented on television, and how shifts in the production, distribution, and consumption of television content have shifted the burden of representing cities and countries both locally and internationally. Through a combination of industry interviews, textual analysis, and in-depth consideration of industry and audience discourse, the book argues that where television takes place matters more today than it ever has, but that the current system of spatial capital remains constrained by traditional industry logics that limit the depth of engagement with place identity even as the expectation of authenticity grows significantly.