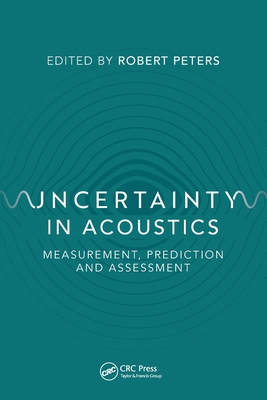 The book collates information from the various Standards and from research, with explanation, examples and case studies. It enables estimation of uncertainty in the measurement and prediction of acoustic quantities, suitable for use in environmental impact and occupational exposure assessments. It is for acoustic consultants, mechanical and building service engineers, architect and building professionals and environmental health officers.

Bob Peters worked for more than forty years in acoustics and noise control - teaching, research, consultancy. He was a principal acoustic consultant with Applied Acoustic Design, a senior research fellow at London South Bank University, and a tutor on Institute of Acoustics distance learning courses.