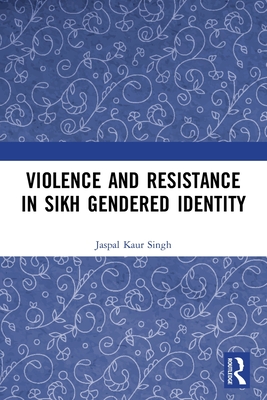 This book examines the constructions and representations of male and female Sikhs in Indian and diasporic literature and culture through the consideration of the role of violence as constitutive of Sikh identity. How do Sikh men and women construct empowering identities within the Indian nation-state and in the diaspora? The book explores Indian literature and culture to understand the role of violence and the feminization of baptized and turbaned Sikh men, as well as identity formation of Sikh women who are either virtually erased from narratives, bodily eliminated through honor killings, or constructed and represented as invisible. It looks at the role of violence during critical junctures in Sikh history, including the Mughal rule, the British colonial period, the Partition of India, the 1984 anti-Sikh riots in India, and the terror of 9/11 in the United States. The author analyzes how violence reconstitutes gender roles and sexuality within various cultural and national spaces in India and the diaspora. She also highlights questions related to women's agency and their negotiation of traumatic memories for empowering identities.

Jaspal Kaur Singh is Professor of English Literature at Northern Michigan University, Marquette, Michigan, USA. She received her PhD in Comparative Literature from the University of Oregon. She was a Rockefeller Foundation Fellow at the Institute for the Study of Gender in Africa, James S. Coleman African Studies Center, UCLA and a Fulbright Nehru Senior Scholar in India. Her publications include a monograph, a coauthored book, and three coedited books: Representation and Resistance: South Asian and African Women Writers at Home and in the Diaspora (2008); Narrating the New Nation: South African Indian Writing (2018); Indian Writers: Transnationalisms and Diasporas (2010); Trauma, Resistance, Reconciliation in Post-1994 South African Writing (2010); and Negotiating Gender and Sexuality in Contemporary Turkey (2016).