Reinsurance and the Law of Aggregation: Event, Occurrence, Cause (Contemporary Commercial Law) (Hardcover) 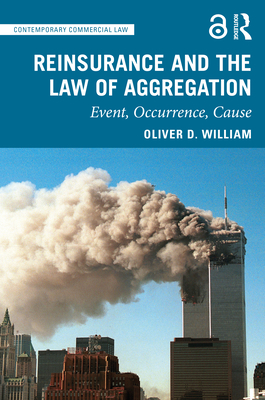 Reinsurance and the Law of Aggregation: Event, Occurrence, Cause (Contemporary Commercial Law) (Hardcover)

In excess of loss reinsurance, the reinsurer covers the amount of a loss exceeding the policy's deductible but not piercing its cover limit. Accordingly, a policy's quantitative scope of cover is significantly affected by the parties' agreement of a deductible and a cover limit. Yet, the examination of whether a loss has exceeded deductible or cover limit necessitates an educated understanding of what constitutes one loss. In so-called aggregation clauses, the parties to (re-)insurance contracts regularly provide that multiple individual losses are to be added together for presenting one loss to the reinsurer when they arise from the same event, occurrence, catastrophe, cause or accident. Aggregation mechanisms are one of the core instruments for structuring reinsurance contracts.

This book systematically examines each element of an aggregation mechanism, tracing the inconsistent usage of aggregation language in the markets and scrutinizing the tests developed by courts and arbitral tribunals. In doing so, it seeks to support insurers, reinsurers, brokers and lawyers in drafting aggregation clauses and in settling claims.

Focusing on an analysis of primary sources, particularly judicial decisions, the book interprets each judicial decision to describe a system of inter-related rules, collating, organising and describing the English law of aggregation as applied by the courts and arbitral tribunals. It further draws a comparison between the English position and the corresponding rules in the Principles of Reinsurance Contract Law (PRICL).

Oliver D. William is a senior lecturer and researcher at the University of Bern, an of-counsel at mbh ATTORNEYS AT LAW, Zurich, and a vice chair of the Dispute Resolution Working Party of the Association Internationale de Droit des Assurances (AIDA).