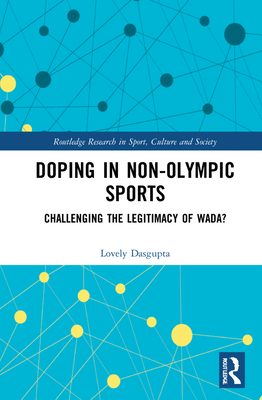 This book is the first of its kind to discuss doping within Non-Olympic Sports. Sports like American football, cricket and dance sports have, in recent years, been in the news for doping activities. The scale of the incidents may differ in each of these sports, but they present interesting questions about the legitimacy of the World Anti-Doping Agency (WADA) Code.

Doping in Non-Olympic Sports: Challenging the legitimacy of WADA? argues against the International Olympic Committee (IOC)-run regime where WADA Code compliance is used as the only parameter to define an activity as a sport. The book argues that the definition of modern sport is based on certain factors identified through sociological and historical research. These parameters are common across the board and do not distinguish between Olympic and Non-Olympic sports. However, the use of the word Olympic in the Non-Olympic sport terminology subjects such sports to IOC dictates. Consequently, the IOC exploits its monopoly over the word Olympics to insist on WADA Code compliances. The numerous instances of doping, as reported, go on to prove that WADA is turning a blind eye to these Non-Olympic sports.

This book is the first to dissect the issue of doping within Non-Olympic sports and questions the very idea of WADA compliance as a condition precedent to defining sports going on to highlight the inbuilt inequity within the existing anti-doping system wherein a private regime is usurping the State's discretion. The new, cutting edge research book is key reading for academics and researchers in the fields of Coaching, Sport Pharmacology, Sport Medicine, Sports Law, and the related disciplines.

Lovely Dasgupta is Associate Professor of Law at the West Bengal National University of Juridical Sciences, India, with particular interests in Sports Law, Competition Law and Contract Law. She became one of the pioneers in the field of studying and researching on Sports Law from an Indian perspective and was one of the first from the Indian legal fraternity to develop and teach the subject called Sports Law.