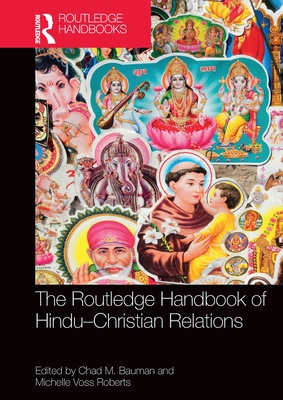 The historical interplay of Hinduism as an ancient Indian religion and Christianity as a religion associated (in India, at least) with foreign power and colonialism, continues to animate Hindu-Christian relations today. On the one hand, The Routledge Handbook of Hindu-Christian Relations describes a rich history of amicable, productive, even sometimes syncretic Hindu-Christian encounters. On the other, this handbook equally attends to historical and contemporary moments of tension, conflict, and violence between Hindus and Christians. Comprising thirty-nine chapters by a team of international contributors, this handbook is divided into seven parts:

The Routledge Handbook of Hindu-Christian Relations is essential reading for students and researchers in Hindu-Christian studies, Hindu traditions, Asian religions, and studies in Christianity. This handbook will also be very useful for those in related fields, such as anthropology, political science, theology, and history.

Chad M. Bauman is Professor of Religion at Butler University, USA and a Research Fellow at the Center for Religion and American Culture.Michelle Voss Roberts is Professor of Theology and Principal at Emmanuel College, a multireligious theological school in the University of Toronto, Canada.