The Music of Film: Collaborations and Conversations (Paperback) 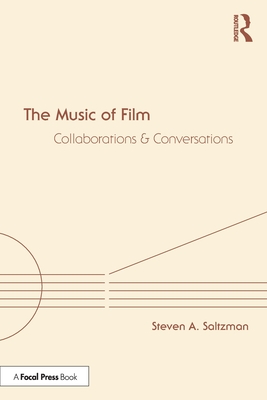 The Music of Film: Collaborations and Conversations (Paperback)

By Steven A. Saltzman

The Music of Film opens up the world of film music from the inside. Through a series of interviews and conversations with professional composers, music supervisors, music editors, and picture editors, this book shows how music for film and television works according to insiders in the industry.

Here we find a comprehensive collection of techniques and personal insights and get a unique perspective on how these key players in postproduction interact, collaborate, and successfully build their careers.

The Music of Film is essential reading for composers, editors, directors, and producers--aspiring and established alike--or anyone interested in learning how to start or manage a profession working with music in feature films, television, and other media.

Steven A. Saltzman is a music editor, composer, and educator. He has earned a Bachelor of Music in composition and film scoring from Berklee College of Music in Boston and composed numerous films and television scores. Additionally, Steven has been music editing for over twenty years with a Golden Reel award and seven Golden Reel nominations. With over ninety films and television shows to his credit, some recent feature film work includes: Lansky, After, Mary (starring Gary Oldman), The Package, 24 Hours to Live (starring Ethan Hawke), The Revenant (starring Leonardo DiCaprio), and Tides of Fate, a David Ellison documentary. He has worked with many composers, including Tyler Bates, Klaus Badelt, Laura Karpman, Bryce Dessner, Mark Mothersbaugh, Pinar Toprak, and Nathan Furst. He enjoys teaching music editing and postproduction audio for composers, editors, and filmmakers, most recently at American Film Institute, and his ongoing course at UCLA Extension. Steven is also a recent member of the Academy of Motion Picture Arts and Sciences and sits on the advisory council of the Entertainment Industry Professionals Mentoring Alliance (EIPMA).