Law and Intangible Cultural Heritage in the City (Paperback) 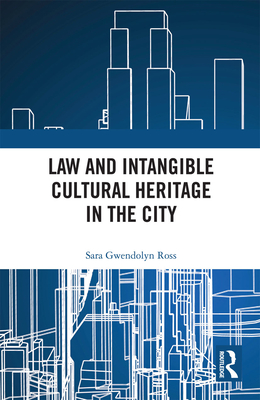 Law and Intangible Cultural Heritage in the City (Paperback)

With disappearing music venues, and arts and culture communities at constant risk of displacement in our urban centers, the preservation of intangible cultural heritage is of growing concern to global cities.

This book addresses the role and protection of intangible cultural heritage in the urban context. Using the methodology of Urban Legal Anthropology, the author provides an ethnographic account of the civic effort of Toronto to become a Music City from 2014-18 in the context of redevelopment and gentrification pressures. Through this, the book elucidates the problems cities like Toronto have in equitably protecting intangible cultural heritage and what can be done to address this. It also evaluates the engagement that Toronto and other cities have had with international legal frameworks intended to protect intangible cultural heritage, as well as potential counterhegemonic uses of hegemonic legal tools. Understanding urban intangible cultural heritage and the communities of people who produce it is of importance to a range of actors, from urban developers looking to formulate livable and sustainable neighbourhoods, to city leaders looking for ways in which their city can flourish, to scholars and individuals concerned with equitability and the right to the city. This book is the beginning of a conservation about what is important for us to protect in the city for future generations beyond built structures, and the role of intangible cultural heritage in the creation of full and happy lives.

The book is of interest to legal and sociolegal readers, specifically those who study cities, cultural heritage law, and legal anthropology.

Sara Gwendolyn Ross holds a PhD in Law from Osgoode Hall Law School, an LLM from the University of Ottawa, and both a BCL and LLB with a Major in Commercial Negotiation and Dispute Resolution from McGill University. She is a member of the Law Society of Ontario, and from 2018-20, she was both a SSHRC Postdoctoral Fellow and Killam Postdoctoral Laureate at the Peter A. Allard School of Law of the University of British Columbia. Her doctoral and postdoctoral research focussed on the intersection between law and culture in the city, using the novel methodology Urban Legal Anthropology.