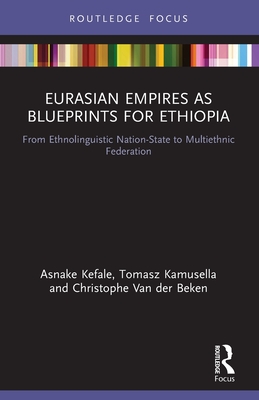 This book is a contribution to the global history of the transfer of political ideas, as exemplified by the case of modern Ethiopia.

Like many non-European nation-states, Ethiopia adopted a western model of statehood, that is, the nation-state. Unlike the postcolonial polities that have retained the mode of statehood imposed on them by their colonial powers, Ethiopia was never successfully colonized leaving its ruling elite free to select a model of 'modern' (western) statehood. In 1931, via Japan, they adopted the model of unitary, ethnolinguistically homogenous nation-state, in turn copied by Tokyo in 1889 from the German Empire (founded in 1871). Following the Ethiopian Revolution (1974) that overthrew the imperial system, the new revolutionary elite promised to address the 'nationality question' through the marxist-leninist model. The Soviet model of ethnolinguistic federalism (originally derived from Austria-Hungary) was introduced in Ethiopia, first in 1992 and officially with the 1995 Constitution. To this day the politics of modern Ethiopia is marked by the tension between these two opposed models of the essentially central European type of statehood. The late 19th-century 'German-German' quarrel on the 'proper' model of national statehood for Germany - or more broadly, modern central Europe - remains the quarrel of Ethiopian politics nowadays.

The book will be useful for scholars of Ethiopian and African history and politics, and also offers a case in comparative studies on the subject of different models of national statehood elsewhere.