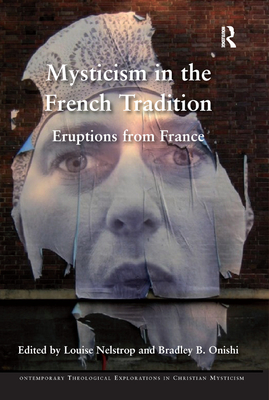 
Special Order—Subject to Availability
(This book cannot be returned.)
Louise Nelstrop is Director of Spirituality Programmes at Sarum College, Salisbury and a College Lecturer at St Benet's Hall, Oxford. She is co-editor (along with Simon D. Podmore) of two earlier volumes in this series: Christian Mysticism and Incarnational Theology: Between Transcendence and Immanence (Ashgate, 2013) and Exploring Lost Dimensions in Christian Mysticism: Opening to the Mystical (Ashgate, 2013), as well as an introduction to Christian Mysticism (with Bradley B. Onishi and Kevin Magill), Christian Mysticism: An Introduction to Contemporary Theoretical Approaches (Ashgate, 2009). She has published a number of research articles on the English Mystics. Addition, she is co-convenor (along with Simon D. Podmore) of the Mystical Theology Network. Bradley B. Onishi holds a PhD in Religious Studies from the University of California, a Postgraduate Licence in Philosophy from L'Institut catholique de Paris, and an MPhil in Theology from the University of Oxford. He is currently Visiting Assistant Professor of Religion and Humanities at Rhodes College, Memphis, TN, USA. His work explores the intersections between continental philosophy and mysticism in the twentieth-century. He was a contributing author for Christian Mysticism: An Introduction to Contemporary Theoretical Approaches (Ashgate, 2009). He has also edited and authored volumes and articles on mysticism, continental philosophy, and the theories and methods of religious studies.