Foundations and Futures in the Sociology of Religion (Paperback) 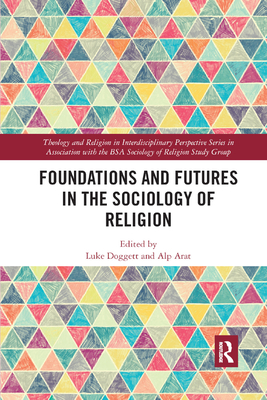 Foundations and Futures in the Sociology of Religion (Paperback)

Since the sociology of religion became recognised as a distinct sub-discipline over the last century, the dominance of approaches taking their inspiration from the sociological classics has increasingly been challenged. Empirical findings have brought the notion of secularisation into question; and theorists have sought to deconstruct how we think of 'religion.' This collection appraises the continuing influence of the foundational approaches and places these in relation to newly emerging directions in the field.

The book is divided into four sections, each section containing one 'foundational' chapter written by an established academic followed by two 'futures' chapters contributed by emerging scholars in the sub-discipline. These chapters complement one another by placing the overview of future directions in the context of a survey of the development of the sociology of religion over the last century. Topics discussed in these chapters include lived religion, sexuality, ritual, religion and the media.

Combining erudite examinations of the British Sociological Association Sociology of Religion Study Group's work so far with explorations of the future directions its research might take, this book is vital reading for any scholar whose work combines religious studies and sociology.

Luke Doggett is a Senior Lecturer in the Department of Criminology and Sociology at Kingston University. He was a member of the Kingston University Organising Team of the 2105 British Sociological Association Sociology of Religion Study Group's 40th anniversary conference. His research covers the role that myth and religion have played in human life, drawing upon philosophical material.Alp Arat is a research assistant in the School of Social Sciences at Cardiff University. His research in sociology of religion specialises in secularisation and postsecular theory, with a particular interest in contemporary practices of meditation. He is a former Committee member at the British Sociological Association's Sociology of Religion Study Group and he is currently working on the Leverhulme research project 'Beyond Personal Wellbeing: Mapping the Social Production of Mindfulness in England and Wales.'