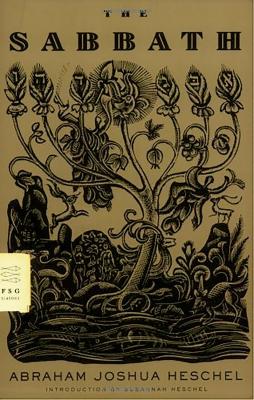 Elegant, passionate, and filled with the love of God's creation, Abraham Joshua Heschel's The Sabbath has been hailed as a classic of Jewish spirituality ever since its original publication-and has been read by thousands of people seeking meaning in modern life.

In this brief yet profound meditation on the meaning of the Seventh Day, Heschel introduced the idea of an "architecture of holiness" that appears not in space but in time Judaism, he argues, is a religion of time: it finds meaning not in space and the material things that fill it but in time and the eternity that imbues it, so that "the Sabbaths are our great cathedrals."

Abraham Joshua Heschel (1907-1972) was internationally known as a scholar, author, activist, and theologian. He was Professor of Ethics and Mysticism at the Jewish Theological Seminary of America.

Ilya Schor (1904-1961) was a renowned artist of Jewish literature, as well as a painter, jeweler, engraver, and sculptor.

Susannah Heschel is the Eli Black Professor of Jewish Studies at Dartmouth College. She is the daughter of Abraham Joshua Herschel.

“Heschel's The Sabbath is easily the primary text for all subsequent American Jewish Spirituality.” —Rabbi Lawrence Kushner, author of God Was In This Place

“Clearly Heschel's most beloved book, The Sabbath is much more than a book about the Sabbath. It is, rather, our century's most illuminating study of the dynamics of Jewish ritual living.” —Dr. Neil Gillman, author of Sacred Fragments

“Timeless. Read it, and be ready to be changed.” —The Revered Richard John Neuhaus, editor in chief of First Things