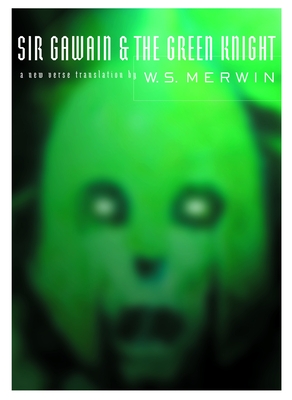 By W. S. Merwin (Translated by)


Not On Our Shelves—Ships in 1-5 Days
A splendid new translation of the classic Arthurian tale of enchantment, adventure, and romance, presented alongside the original Middle English text.

It is the height of Christmas and New Year’s revelry when an enormous knight with brilliant green clothes and skin descends upon King Arthur’s court. He presents a sinister challenge: he will endure a blow of the axe to his neck without offering any resistance, but whoever gives the blow must promise to take the same in exactly a year and a day’s time. The young Sir Gawain quickly rises to the challenge, and the poem tells of the adventures he finds—an almost irresistible seduction, shockingly brutal hunts, and terrifyingly powerful villains—as he endeavors to fulfill his promise.

Capturing the pace, impact, and richly alliterative language of the original text, W. S. Merwin has imparted a new immediacy to a spellbinding narrative, written centuries ago by a poet whose name is now unknown, lost to time. Of the Green Knight, Merwin notes in his foreword: “We seem to recognize him—his splendor, the awe that surrounds him, his menace and his grace—without being able to place him . . . We will never know who the Green Knight is except in our own response to him.”
W. S. MERWIN was born in New York City in 1927 and grew up in Union
City, New Jersey, and in Scranton, Pennsylvania. From 1949 to 1951 he
worked as a tutor in France, Portugal, and Majorca. He has since lived in
many parts of the world, most recently on Maui in the Hawaiian Islands.
His many books of poems, prose, and translations are listed at the
beginning of this volume. He has been the recipient of many awards and
prizes, including the Fellowship of the Academy of American Poets (of
which he is now a Chancellor), the Pulitzer Prize in Poetry, and the
Bollingen Prize in Poetry; most recently he has received the Governor's
Award for Literature of the state of Hawaii, the Tanning Prize for mastery in
the art of poetry, a Lila Wallace-Reader's Digest Writers' Award, and the
Ruth Lilly Poetry Prize.
“Wonderfully readable…Merwin’s decades of experience as a translator and his poetic intuition give him an advantage here. His Gawain is a graceful read and, at the same time, remains as true as possible to the sense and style of the original…These are the kind of nuances that word-worshippers will linger over–but not before rushing through the story first to get to the good parts.”
—The Seattle Times

“Readers who enjoy a well-told story, not lacking in sex and violence but also endowed with a sense of moral purpose, will find a wonderful one here…Merwin’s translation has a directness and simplicity that can be quite powerful…Sir Gawain and the Green Knight endures–charming, strange, tantalizingly mysterious–and Merwin’s translation catches at least some of the gleam of its vanished world.”
—Los Angeles Times