The Imitation of Christ (Paperback) 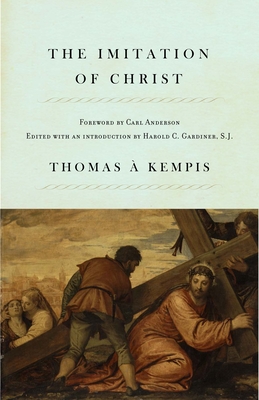 The Imitation of Christ (Paperback)


On Our Shelves Now at:
Only the Bible has been more influential as a source of Christian devotional reading than The Imitation of Christ. This meditation on the spiritual life has inspired readers from Thomas More and St. Ignatius Loyola to Thomas Merton and Pope John Paul II. Written by the Augustinian monk Thomas à Kempis between 1420 and 1427, it contains clear instructions for renouncing wordly vanities and locating eternal truths.  No book has more explicitly and movingly described the Christian ideal: "My son, to the degree that you can leave yourself behind, to that degree will you be able to enter into Me." With a new Foreword by Carl Anderson, the Supreme Knight and chief executive officer of the Knights of Columbus.
Thomas à Kempis (ca. 1380-1471) was an Augustinian monk in the Netherlands during the pre-Reformation period.

Carl Anderson is the Supreme Knight and chief executive officer of the Knights of Columbus, the world's largest Catholic fraternal service organization with more than 1.7 million members. He is the author of Called to Love, Our Lady of Guadalupe, and the New York Times bestseller A Civilization of Love: What Every Catholic Can Do to Transform the World.