Hoyle's Modern Encyclopedia of Card Games: Rules of All the Basic Games and Popular Variations (Paperback) 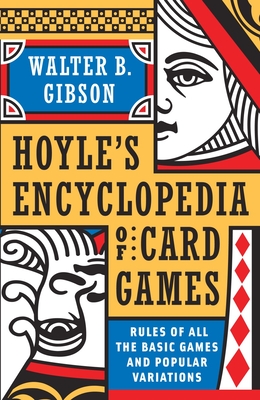 Hoyle's Modern Encyclopedia of Card Games: Rules of All the Basic Games and Popular Variations (Paperback)

By Walter B. Gibson


Not On Our Shelves—Ships in 1-5 Days
"According to Hoyle" is the card-table synonym for Correct --a definitive guide to the correct playing of all known card games, with full descriptions and explanations of rules and techniques for each game and its variations.

B & W photographs throughout.
Generally acknowledged as one of the greatest authorities on magic in the 20th century, Walter B. Gibson (1897–1985) was interested in the subject for most of his life. He wrote 18 books and numerous articles on magic, edited four magic magazines, and collaborated with some of the greatest magicians of the past 50 years. In the course of his long and active career in magic and related areas, Gibson also wrote the famous Shadow novels, under the pen name Maxwell Grant.