The Devil's Candy: The Bonfire of the Vanities Goes to Hollywood (Paperback) 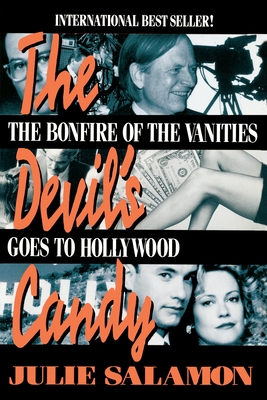 The Devil's Candy: The Bonfire of the Vanities Goes to Hollywood (Paperback)


Special Order—Subject to Availability
“So much better, so much more fun, than the movie it is about that one must be thankful to the filmmakers for producing such a spectacle, if only so that this book could be written.”—Vogue

When film director Brian De Palma invited author Julie Salamon to follow him on the set of The Bonfire of the Vanities, he had no idea that the fifty-million-dollar movie would become one of Hollywood’s biggest flops. The Devil’s Candy is the juicy, bestselling exposé that sent Hollywood honchos running for cover. Who was responsible for the last-minute casting change that cost four million dollars? Who knew that Melanie Griffith would show up halfway through the filming with a new set of breasts? Settle down in your front-row seat for a story that has more drama, hilarity, greed, folly, and ego than the movie that eventually ended up on the screen. Expertly reported and elegantly written, The Devil’s Candy is irresistible fun, a classic insider’s look at the movie business.
Julie Salamon is the author of several award-winning books for adults, including Wendy and the Lost Boys, as well as her debut novel for children, Cat in the City. Her writing has appeared in the Wall Street Journal, the New York Times, The New Yorker, Vanity Fair, and more.  She lives in Manhattan with her family.