The Manga Bible: From Genesis to Revelation (Paperback) 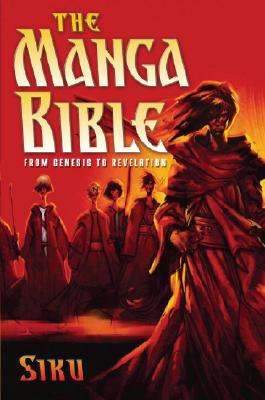 The Manga Bible: From Genesis to Revelation (Paperback)


Not On Our Shelves—Ships in 1-5 Days
From the creation of the earth to the ultimate showdown between the forces of good and evil, this is the greatest story every told…as you’ve never seen it before.

A graphic novel adaptation of the Holy Bible, The Manga Bible tells the story of God’s relationship with His people, from the creation of the earth and the early history of the Israelites, to the life of Jesus, His death, and the adventures of the first ever church.

Containing portions of both Old and New Testaments, key scenes commentary, and a sketches gallery, this is the first ever English manga edition of the most important book of all time.
SIKU is one of Britain's leading comic book creator/conceptualists, having worked for 2000AD; producing titles such as 'Judge Dredd,' 'Slaine' and a strip he co-created called 'Pan-African Judges'. He has also worked for Marvel UK and COM X and has been credited on a number of computer games, such as Evil Genius. More recently, he has been developing concept work for TV commercials and producing freelance work for Nicklelodeon IP and promos.
Siku's works are published in several books like Images 22--the best of British Illustration and Digital Art Masters. He also appeared on TV doing interviews for ITV's The London Programme, Channel 4's The Big Breakfast and More 4 News, Channel 5's Chris Moyle's Show and BBC's Heaven and Earth.
He studied at Yaba's School of Art, Design and Printing and the London School of Theology.