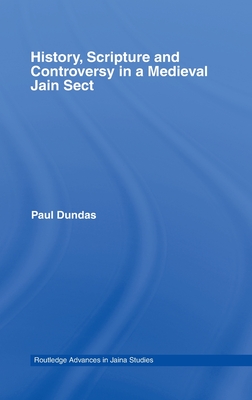 Examining the history and intellectual activity of the medieval Svetambara Jain renunciant order, the Tapa Gaccha, this book focuses on the consolidation by the Tapa Gaccha from the thirteenth century of its identity as the leading Svetambara order. The author argues that this was variously effected by negotiating the primacy of lineage, the posthumous divinity of one of its leaders, the validity of styles of scriptural exegesis and customary practice and the status of non-Jains through the medium of chronicles and poetry and polemical engagement with other Jain orders and dissident elements within its own ranks.

Drawing on largely unstudied primary sources, the author demonstrates how Tapa Gaccha writers created a sophisticated intellectual culture which was a vehicle for the maintenance of sectarian identity in the early modern period. The book explores issues which have been central to our understanding of many of the questions currently being asked about the development not just of Jainism but of South Asian religions in general, such as the manner in which authority is established in relation to texts, the relationship between scripture, commentary and tradition and tensions both between and within sects.

Paul Dundas is Reader in Sanskrit at the University of Edinburgh, Scotland. His research interests include Middle Indo-Aryan philology, Jainism and Sanskrit court poetry. His previous book, The Jains, is also available from Routledge.