Law as a Human Science (Hardcover) 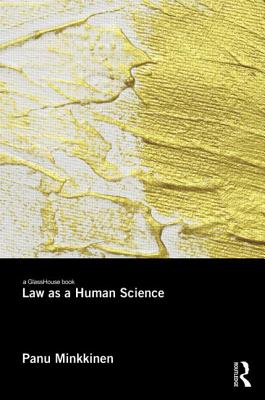 Law as a Human Science (Hardcover)

Law as a Human Science argues for the reintroduction of crucial aspects of the humanist tradition in legal thinking. Interdisciplinary studies of law are now primarily understood as policy-oriented and socio-legal in their orientation; whilst the older ties between law and the humanities (with philosophy, history, rhetoric, etc.) have become more marginal academic curiosities. This book makes a renewed case for law as a human science, by investigating the development of modern law as an academic discipline in relation to both the social scientific and hermeneutical traditions. The former - more Anglophone - approach associates law with an instrumental notion of knowledge and science: legal knowledge can be exploited both as a practitioner's tool and to provide potentially workable solutions to social problems. In contrast, the hermeneutic - and more Continental - approach situates law among the human sciences. This makes the instrumentalisation of legal knowledge difficult, if not impossible. But it is this approach that Panu Minkkinen defends here, in a radicalisation of law's traditional affiliations with the human sciences. The 'hermeneutical legal academic', he argues, provides not only a renewed basis for seeing law as a human science, but also a new foundation for understanding it as an essentially critical enterprise.