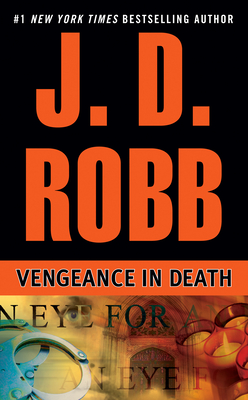 This is book number 6 in the In Death series.

In this In Death novel from #1 New York Times bestselling author J. D. Robb, Lieutenant Eve Dallas learns that when technology links the law and the lawless, predators and prey can become one and the same…

He is an expert with the latest technology...a madman with the mind of a genius and the heart of a killer. He quietly stalks his prey. Then he haunts the police with cryptic riddles about the crimes he is about to commit—always solved moments too late to save his victims' lives. Police lieutenant Eve Dallas found the first victim butchered in his own home. The second lost his life in a vacant luxury apartment. The two men had little in common. Both suffered unspeakable torture before their deaths. And both had ties to an ugly secret of ten years past—a secret shared by none other than Eve's new husband, Roarke.
J. D. Robb is the pseudonym for a #1 New York Times bestselling author of more than 200 novels, including the bestselling In Death series. There are more than 500 million copies of her books in print.
“This knockout firecracker ofa mystery succeeds on a multiplicity of levels: taut pacing, nifty plotting, superb relational development and a subtle yet revealing peek inside the soul of a man who surely counts as one of popular fiction's most fascinating enigmas.”—RT Book Reviews