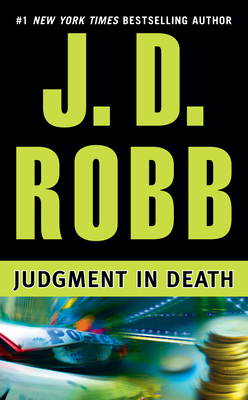 This is book number 11 in the In Death series.

When a cop killer cuts loose in a club called Purgatory, New York Detective Eve Dallas descends into an underground criminal hell in this novel in the #1 New York Times bestselling In Death series.

In an uptown strip joint, a cop is found bludgeoned to death. The weapon's a baseball bat. The motive's a mystery. It's a case of serious overkill that pushes Eve Dallas straight into overdrive. Her investigation uncovers a private club that's more than a hot spot. Purgatory's a last chance for atonement where everyone is judged. Where your ultimate fate depends on your most intimate sins. And where one cop's hidden secrets are about to plunge innocent souls into vice-ridden damnation...
J. D. Robb is the pseudonym for a #1 New York Times bestselling author of more than 200 novels, including the bestselling In Death series. There are more than 500 million copies of her books in print.
“If you have read all the previous In Death books then you already know what an incredible series this is. If you havent, dont miss out! This is one of the best romantic suspense series ever written.”—RT Book Reviews