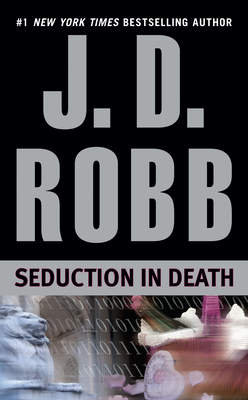 This is book number 13 in the In Death series.

From #1 New York Times bestselling author J. D. Robb comes a tantalizing novel in the futuristic In Death series, as Detective Eve Dallas searches for a Casanova killer with a deadly appetite for seduction...

Dante had been courting his victim in cyberspace for weeks before meeting her in person. A few sips of wine and a few hours later, she was dead. The murder weapon: a rare, usually undetectable date-rape drug with a street value of a quarter million dollars.

Detective Eve Dallas is playing and replaying the clues in her mind. The candlelight, the music, the rose petals strewn across the bed—a seduction meant for his benefit, not hers. He hadn’t intended to kill her. But now that he had, he is left with only two choices: to either hole up in fear and guilt. Or start hunting again…
J. D. Robb is the pseudonym for a #1 New York Times bestselling author of more than 200 novels, including the bestselling In Death series. There are more than 500 million copies of her books in print.
“Topical and terrifying, author J.D. Robb serves up another intensely riveting and unforgettable chapter in the ongoing saga of Det. Eve Dallas and her mysterious husband Rourke.”—RT Book Reviews