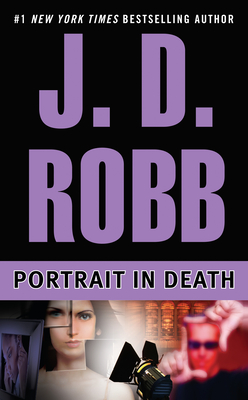 This is book number 16 in the In Death series.

In this novel in the #1 New York Times bestselling In Death series, Lieutenant Eve Dallas faces a serial killer who offers his victims eternal youth by taking their life…

After a tip from a reporter, Eve Dallas finds the body of a young woman in a Delancey street dumpster. Just hours before, the news station had mysteriously received a portfolio of professional portraits of the woman. The photos seemed to be nothing out of the ordinary for any pretty young woman starting a modeling career. Except that she wasn't a model. And that these photos were taken after she had been murdered.

Now Dallas is on the trail of a killer who's a perfectionist and an artist. He carefully observes and records his victim's every move. And he has a mission: to own every beautiful young woman's innocence, to capture her youth and vitality—in one fateful shot...
J. D. Robb is the pseudonym for a #1 New York Times bestselling author of more than 200 novels, including the bestselling In Death series. There are more than 500 million copies of her books in print.
“Portrait In Death will take you on a rollercoaster ride of emotions. You will go from wanting to laugh to wanting to reach for the box of tissues.”—ParaNormal Romance Reviews

“The continued emotional growth of all the characters, major and minor, is part of what makes this series such a masterpiece. Darn, but it is hard to be patient until the next spine-tingling installment!”—RT Book Reviews

“Intensely female yet unfeminine in any traditional sense, Dallas has a complex edge that transcends genre stereotypes and gives the book's romantic interludes a real charge.”—Publishers Weekly