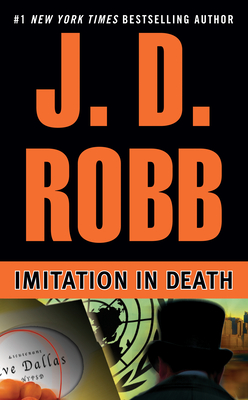 This is book number 17 in the In Death series.

In this novel in the #1 New York Times bestselling In Death series, Lieutenant Eve Dallas becomes entangled in the deadly mind game of a vicious copycat killer...

Summer, 2059. A man wearing a cape and a top hat approaches a prostitute on a dark, New York City street. Minutes later, the woman is dead. Left at the scene is a letter addressed to Lieutenant Eve Dallas, inviting her to play his game and unveil his identity. He signs it, “Jack.”

Now Dallas is in pursuit of a murderer who knows as much about the history of serial killers like Jack the Ripper and the Boston Strangler as she does. He has studied the most notorious and the most vicious slayings in modern times. But he also wants to make his own mark. He has chosen his victim: Eve Dallas. And all Eve knows is that he plans to mimic the most infamous murderers of all...
J. D. Robb is the pseudonym for a #1 New York Times bestselling author of more than 200 novels, including the bestselling In Death series. There are more than 500 million copies of her books in print.
“Still reeling from the emotional and historical revelations of Portrait in Death, Eve and Roarke continue to battle their own demons. You won't find a better combination of gritty suspense and sexy romance anywhere.”—RT Book Reviews