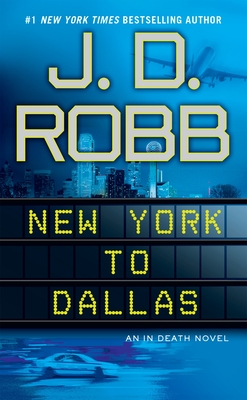 This is book number 33 in the In Death series.

#1 New York Times bestselling author J. D. Robb presents an intense and terrifying case for New York homicide cop Eve Dallas: one that will take her all the way to the city that named her—and plunge her into the nightmares of her childhood...

When a monster named Isaac McQueen—taken down by Eve back in her uniform days—escapes from Rikers, he has two things in mind. One is to take up where he left off, abducting young victims and leaving them scarred in both mind and body. The other is to get revenge on the woman who stopped him all those years ago.

“The always awesome Robb shakes up her long-running series and places her gutsy heroine Lt. Eve Dallas on a collision course with the past. Readers learn about the case that brought Eve and Feeney together while Eve battles a monster. Hang on tight, for Eve is about to face childhood nightmares that cut deeper and closer than she ever dreamed. Outstanding!”—RT Book Reviews

“The cat-and-mouse suspense when Eve and McQueen go up against each other is intense.”—Kirkus Reviews