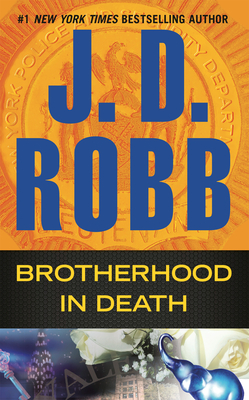 This is book number 42 in the In Death series.

In this thrilling novel in the #1 New York Times bestselling In Death series, Lieutenant Eve Dallas finds herself in the middle of a conspiracy when she investigates the disappearance of a former U.S. Senator.

Just as Dennis Mira is about to confront his cousin Edward about selling the West Village brownstone that belonged to their grandfather, he gets a shock: Edward is in front of him, bruised and bloody...and then everything goes black.

When Dennis comes to, Edward is gone. Luckily Dennis’s wife is a top profiler for the NYPSD—and a close colleague of Lieutenant Eve Dallas. Now Eve is determined to uncover the secrets of Edward Mira and learn what enemies he may have made in his long career as a lawyer, judge, and senator. A badge and a billionaire husband can get you access to places others can’t go, and Eve intends to shine some light on the dirty deals and dark motives behind the disappearance of a powerful man, the family discord over a multimillion-dollar piece of real estate...and a new case that no one saw coming.
J. D. Robb is the pseudonym for a #1 New York Times bestselling author of more than 200 novels, including the bestselling In Death series. There are more than 500 million copies of her books in print.
“Truly transfixing reading!”—RT Book Reviews