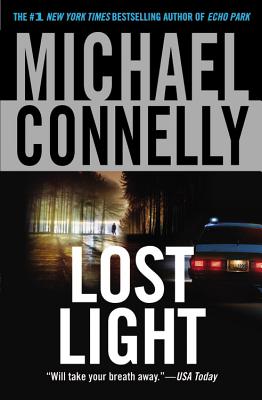 This is book number 9 in the A Harry Bosch Novel series.

In this New York Times bestseller, retired LAPD detective Harry Bosch wants justice for a murdered production assistant -- but without his police badge, can he take down a powerful and ruthless killer?
The vision has haunted him for four years -- a young woman lying crumpled in death, her hand outstretched in silent supplication. Harry Bosch was taken off the Angella Benton murder case when the production assistant's death was linked with the violent theft of two million dollars from a movie set. Both files were never closed. Now retired from the L.A.P.D., Bosch is determined to find justice for Angella. Without a badge to open doors and strike fear into the guilty, he's on his own. And even in the face of an opponent more powerful and ruthless than any he's ever encountered, Bosch is not backing down.
Michael Connelly is the author of thirty-six previous novels, including #1 New York Times bestsellers The Dark Hours andThe Law of Innocence. His books, which include the Harry Bosch series, the Lincoln Lawyer series, and the Renée Ballard series, have sold more than eighty million copies worldwide. Connelly is a former newspaper reporter who has won numerous awards for his journalism and his novels. He is the executive producer of three television series: Bosch,Bosch: Legacy, and The Lincoln Lawyer. He spends his time in California and Florida.