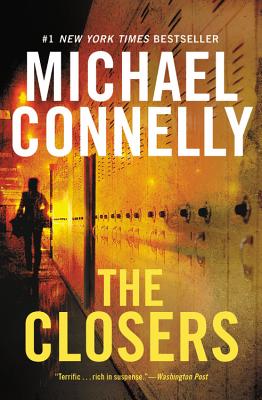 This is book number 11 in the A Harry Bosch Novel series.

In this #1 New York Times bestseller, Detective Harry Bosch joins LA's elite Open/Unsolved Unit to help piece together the mysterious death of a teenage girl.
He walked away from the job three years ago. But Harry Bosch cannot resist the call to join the elite Open/Unsolved Unit. His mission: solve murders whose investigations were flawed, stalled, or abandoned to L.A.'s tides of crime. With some people openly rooting for his failure, Harry catches the case of a teenager dragged off to her death on Oat Mountain, and traces the DNA on the murder weapon to a small-time criminal. But something bigger and darker beckons, and Harry must battle to fit all the pieces together. Shaking cages and rattling ghosts, he will push the rules to the limit -- and expose the kind of truth that shatters lives, ends careers, and keeps the dead whispering in the night . . .
Michael Connelly is the author of thirty-six previous novels, including #1 New York Times bestsellers The Dark Hours andThe Law of Innocence. His books, which include the Harry Bosch series, the Lincoln Lawyer series, and the Renée Ballard series, have sold more than eighty million copies worldwide. Connelly is a former newspaper reporter who has won numerous awards for his journalism and his novels. He is the executive producer of three television series: Bosch,Bosch: Legacy, and The Lincoln Lawyer. He spends his time in California and Florida.