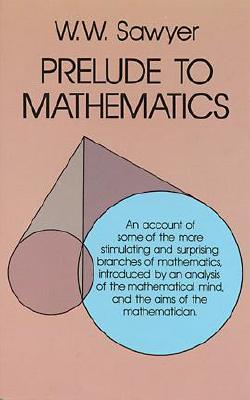 No mathematician can be a complete mathematician unless he is also something of a poet. -- K. Weierstrass
In this lively and stimulating account, noted mathematician and educator W. W. Sawyer (Professor Emeritus, University of Toronto) defines mathematics as the classification and study of all possible patterns. It is a broad definition, but one that seems appropriate to the great scope and depth of the topic. Indeed, mathematics seems to have few boundaries, either in applications to practical matters or in its mind-stretching excursions into realms of pure abstraction.
Gearing his approach to the layman whose grasp of things mathematical may be a bit precarious, Professor Sawyer offers a lucid, accessible introduction to the mathematician's cast of mind. Five well-written preliminary chapters explore the beauty, power and mysticism of mathematics; the role of math as an adjunct in utilitarian matters; and the concepts of pattern, generalization and unification as both tools and goals of mathematical thought.
After developing this conceptual groundwork, the author goes on to treat of more advanced topics: non-Euclidean geometry, matrices, projective geometry, determinants, transformations and group theory. The emphasis here is not on mathematics with great practical utility, but on those branches which are exciting in themselves -- mathematics which offers the strange, the novel, the apparently impossible -- for example, an arithmetic in which no number is larger than four.
Mathematicians will appreciate the author's grasp of a wide range of important mathematical topics, and his ability to illuminate the complex issues involved; laymen, especially those with a minimal math background, will appreciate the accessibility of much of the book, which affords not only a portrait of mathematics as a matchless tool for probing the nature of the universe, but a revealing glimpse of that mysterious entity called the mathematical mind. Professor Sawyer has further enhanced this new Dover edition with updated material on group theory, appearing here in English for the first time.

A prolific author who sought to make math interesting and accessible to all, W. W. Sawyer (1911-2008) was a professor at the University of Toronto for more than three decades. Dover has reprinted his The Mathematician's Delight, which has been in print continuously since 1943 and has sold over 500,000 copies.