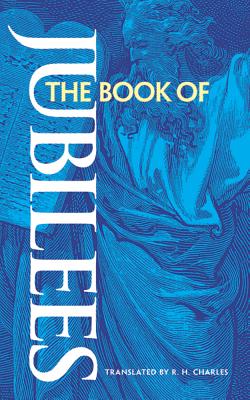 
Not On Our Shelves—Ships in 1-5 Days
(This book cannot be returned.)
The Book of Jubilees -- also known as The Little Genesis -- purports to be a divine revelation delivered by an angel from God to Moses during the prophet's sojourn on Mount Sinai. Chiefly based upon the historical narratives in Genesis and Exodus, the book probably originated as a Jewish apocalyptical work. It also contains a fascinating variety of material not found in the Bible, including details concerning the Fall, Cain and Abel, angels, the Flood, the Tower of Babel, Jacob's visions, the Messianic Kingdom, and many other subjects.
Well known to early Christian writers of East and West alike, these writings entered into no canons except those of the Ethiopian Orthodox Church. They remain a popular source for the construction of "alternative histories," particularly those relating to the early Christian church. This inexpensive new edition features an Introduction by historian G. H. Box.
Translator R. H. Charles (1855-1931) was an English biblical scholar and theologian whose interpretations of apocryphal works are widely read and acclaimed.