The Kushnameh: The Persian Epic of Kush the Tusked (Paperback) 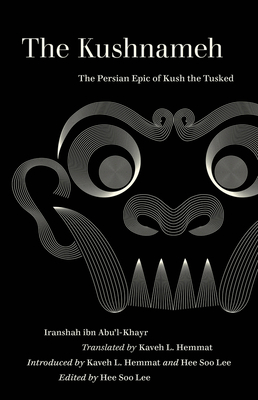 The Kushnameh: The Persian Epic of Kush the Tusked (Paperback)


On Our Shelves Now at:
The first English translation of a strange and unusual Persian epic, this action-packed tale of an evil, monstrous king explores questions of nature and nurture and brings the global middle ages to life.

The great Persian epic known as the Kushnameh follows the entangled lives of Kush the Tusked––a monstrous antihero with tusks and ears like an elephant, descended from the evil emperor Zahhak––and Abtin, the exiled grandson of the last true Persian emperor. Abandoned at birth in the forests of China and raised by Abtin, Kush grows into a powerful and devious warrior. Kush and his foes scheme and wage war across a global stage reaching from Spain and Africa to China and Korea. Between epic battles and magnificent feasts are disturbing, sometimes realistic portrayals of abuse and oppression and philosophical speculation about nature and nurture and the origins of civilization.

A fantastical adventure story stretching across the known world and a literary classic of unparalleled richness, this important work of medieval Persian literature is a valuable source for understanding the history of racism and constructions of race and the flows of lore and legend from the Central Asian Silk Road and the Sahara to the sea routes of the Indian Ocean and the Mediterranean. The Kushnameh is a treasure trove of Islamic and pre-Islamic Persian cultural history and a striking contemporary document of the “global middle ages,” now available to English-speaking readers for the first time.

Iranshah ibn Abu’l-Khayr (sometimes written as Iranshan) was a poet active at the turn of the twelfth century, in the Seljuq empire. His other known work is the Bahmannameh (Epic of Bahman).

Kaveh Hemmat is Assistant Professor of History, Professional Faculty, in the Department of History, Philosophy, and Theology at Benedictine University. His research focuses on perceptions and representations of East Asia in premodern Islamicate culture.

Hee Soo Lee is Professor Emeritus in the Department of Cultural Anthropology at Hanyang University and Director of the Institute of Islamic Studies at Sungkonghoe University, Seoul. He is the author of numerous books and articles focused on the history of relations between the Middle East and Korea.
"Translator Kaveh Hemmat has provided us a vigorous and fast-moving text. . . . [that] entertains and instructs us as much as it did the readers at the court of the Seljuks."
— Asian Review of Books